Carolyn Emmerson Dietz is President of the Sierra Pacific Foundation. A graduate of Oregon State University, Carolyn lives in Oregon and implements the family’s commitment to community enhancement through the Foundation’s charitable contributions and student scholarship program. Since becoming President of the Foundation, millions of dollars in contributions have been granted under her direction. Scholarships are awarded to children of SPI employees, and are available for a wide variety of post-secondary education programs. 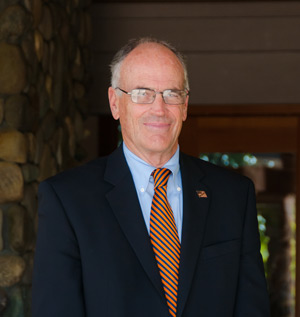 Charlie has served on the Sierra Pacific Foundations Scholarship Committee since 1995. He greatly appreciates the opportunity to be a part of the Foundation’s grand effort to make a college education possible for the hundreds of children of Sierra Pacific Industries' employees.

Long an active participant in many different community activities, currently Charlie is a member of Redding East Rotary, Shasta County’s Mental Health Alcohol Drug Advisory Board and is also a member of the Shasta Continuum of Care Homeless Coalition.

In his professional life, Dr. Menoher spent 36 years in public education as a teacher, principal, district superintendent and the last 12 years of his career as Shasta County Superintendent of Schools. After his retirement from public education, Dr. Menoher was the Executive Director of the non-profit Youth Violence Prevention Council, founding the Shasta County Youth Peer Court and Shasta Youth Leadership Camp. He was also associate faculty for National University at the Redding Center.

Charlie's wife, Judy, is also a retired public-school administrator and recently retired as an Associate Professor for National University. Friends, golf and worldwide travel are their major activities.

Frank has been an enthusiastic member on the Sierra Pacific Foundations Scholarship Committee since 2002. As a former educator, he is extremely appreciative of the Foundation’s efforts and generosity in providing millions of dollars in scholarships to assist SPI children in meeting their dreams.

His local volunteering efforts have been around church and education. He has devoted countless hours improving schools and coaching school administrators.

In Frank’s 40 years as an educator, he has been a teacher, principal, and superintendent. Under his leadership, most of these schools were recognized by the state of California for being exemplary. Upon retirement, Frank worked as an educational consultant for Apple, Inc., an adjunct professor for National University, a part-time superintendent, and consultant for the Association of California School Administrators. Twice he has been named Shasta County Administrator of the Year. The Redding Police Department recognized Frank for his work ethic and gang prevention efforts.

Frank’s wife, Lynne, is a retired school speech therapist. They have three children, Amanda, Whitney, and Joe, who work in the medical field as a physical therapist, a nurse practitioner, and owner of a medical supply company, respectively. Frank enjoys working around the house, golfing, and being with friends and family. 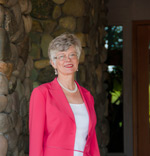 Laura has served on the Sierra Pacific Foundations Scholarship Committee since 2000 and has enjoyed seeing the dreams and educational aspirations of so many dedicated students come true over the years. She has served as Chair of the Committee since 2002.
A few of her past experiences include being on the board of the Emmerson Oncology Endowment and Secretary of Friends of Indreni, a nonprofit organization supporting neglected and impoverished children in Nepal. She has enjoyed professional careers in various business management positions, the medical field as a register nurse, and in aviation as a licensed commercial pilot.

She enjoys travel, family, friends, walks, and her husband, David, who is enjoying his recent retirement from his career as an attorney for the past forty-four years. 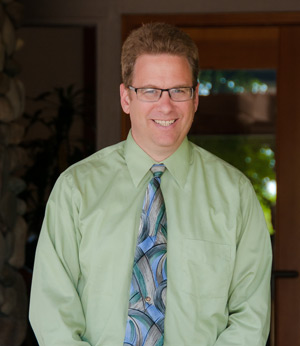 Joe Wyse joined the Sierra Pacific Foundations Scholarship Committee in 2013. He enjoys being part of the Foundation's efforts to support the pursuit of higher education attainment for the SPI family. He especially enjoys meeting the scholarship applicants and hearing their stories.

Locally, Joe is involved with the Rotary Club of Redding, with the Dignity Health Mercy Hospital Advisory Committee, and with a local church. His statewide involvement includes serving on the Community College League of California’s CEO board, including being the board president in 2019-20.

Joe currently serves as the Superintendent/President of Shasta College, in Redding, CA. He started in this position on August 1, 2011, after serving the prior four years as Vice President of Administrative Services. This follows 15 years of educational administrative work at Trinity International University. He completed his Educational Doctorate in Organizational Leadership at Pepperdine University in May 2014 and holds a master's degree from Trinity International University, and a bachelor's degree in Physics from Kenyon College.

Joe enjoys spending time with his wife, Erica, who is a middle school teacher and his family, especially his four children and two grandchildren. When he has time, golfing, reading and woodcarving are among his interests and hobbies.

Anne Stromberg has served on the Sierra Pacific Foundations Scholarship Committee since 1986.  Anne currently operates Anne Stromberg Staging and Design and has been a partner in Living Quarters Design Studio for twenty years. Anne attended Humboldt State University, Oregon State University and Bauder School of Design. She holds a degree in Interior Architecture and Design and is a member of the professional organization, American Society of Interior Designers.

Raised in Humboldt County, Anne has volunteered much of her time to promote the quality of community and life that she enjoyed growing up on the North Coast. Anne and her husband, Brian, have two amazing adult sons both living in California. They split time in their getaway community of Mount Shasta, CA and recreate outdoors whenever possible. They are currently renovating a lovely old family home and trying to keep their sense of humor. 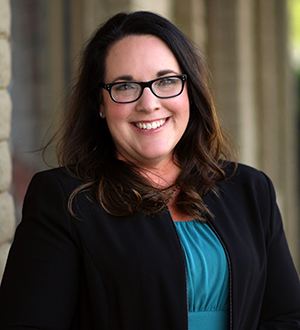 Becky Roe is a Senior Project Coordinator for Shasta Community College in the Economic & Workforce Development division. She brings over 20 years of communications and workforce development experience and is so honored to join such dedicated colleagues on the Sierra Pacific Foundation Scholarship Committee.

Prior to joining Shasta Community College, Becky spent 16 years honing her skills as a marketing and design contractor serving companies in the Placer County region of California.

Raised in Shasta County, Becky has served various local youth organizations over the past several years. Whether leading 4-H projects, volunteering for non-profits or serving on the Board of South Shasta County Youth Arts, she has always been inspired by what our next generation of innovators and dreamers will do.

Becky and her husband, Jeff, live in Redding, CA. She is a proud mom to two adult daughters. Jeff and she love to hike, enjoy the many lakes in northern California and spend quality time with friends and family.

Michael Stuart served on the Sierra Pacific Foundation Scholarship Committee for 18 years since 1999. He is the retired Superintendent of the Shasta Union High School District in Redding California, serving from 1998-2008, and was the Principal of Enterprise High School from 1992-1998 and the Assistant Principal at Shasta High School from 1989-1992. Before his administrative career, he was a History Teacher and Coach at Chester High School for 15 years.

Since his formal retirement, Mike has served as an Interim Superintendent for one year each at the Durham Unified and the Gateway Unified District and as the lead faculty for National University in the School Administrator Credential and Master in Education programs. He is the President and owner of the School Leadership Center, an educational consulting company. His annual time spent with the Sierra Pacific Committee and interviewing students has been a highlight of each year.

In 1998, Bob helped found the National Forest Counties and Schools Coalition (NFCSC), an organization of local, state, regional, and national organizations, representing 37 states. He was President of the NFCSC from 1999 until his retirement in 2008, when he became Executive Director of the NFCSC until 2012. He was involved in the enactment and re-authorization of the Secure Rural Schools and Communities Act of 2000, which provided $ 3.7 Billion dollars to rural forest county schools and counties. He also served on the County Payments Congressional Advisory Committee from 2000-2007.

In 2015-2016, he exited retirement to serve one year as Interim Superintendent of the Orland Unified School District. He currently owns Tehama Oaks Vineyard and Winery in Red Bluff, CA.

He is married and has three adult children and 4 grandchildren. He is a member of Rotary and on the Board of Directors of the State Theatre for the Arts in Red Bluff. 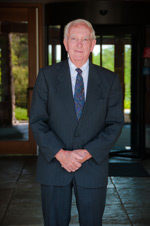 Lou served on the Sierra Pacific Foundation Scholarship Committee for 16 years. He was an educator in Tehama County for 45 years and he retired in 1991 after serving 20 years as Tehama County Superintendent of Schools. While he was superintendent, Lou was involved in forming the National Forest Counties and Schools Coalition and after retirement served as a consultant to that group for 19 years.

Since moving to Tehama County in 1954, Lou has been active in many local community organizations in Tehama and Shasta counties. He served as a board member of the local and regional Job Training Programs and he is a past President of the local Economic Development Corporation. Additionally, Lou was a founding Director of Tehama Bank.

Lou was born and raised in Westwood, California. He graduated from high school in 1949 then went on to Chico State earning a degree in education with a Masters in School Administration. During the summers, while in high school and through his college years, Lou worked for Red River Lumber Company and then for the Fruit Growers Supply Company both in the woods and the sawmill.

Lou has been married to his wife JoAnn for 63 years. They have two children, three grandchildren and five great-grandchildren.