Providing good quality habitat for native species is an important aspect of forest management. SPI believes we need to have a dynamic, diverse landscape across our ownership. We know forest ecosystems are always changing and cannot be, for example, a continuous carpet of trees. We need characteristics of young forests, openings with grasses and forbs, intermediate size trees, large trees, snags, oak woodland, streamside vegetation, and many other habitat combinations. SPI's foresters and biologists strive to understand our forest habitats and how native species use these habitats. Having a better understanding of wildlife species and the habitat they use is critical to providing suitable habitat for native species now and into the future. 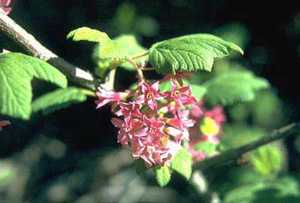 Protecting Rare Plants SPI has an active program to detect and protect rare plants on its lands. In California alone, we have over 300 plant species which receive some type of protection from operations. Prior to harvesting, SPI analyzes which species might be found in the area and then conducts targeted searches in suitable habitat. When a species is found, plant protection measures are proposed which will not cause a significant adverse impact to the species. These protections are reviewed by state regulators.

Animal Species: Approximately 250 vertebrate wildlife species can be found in Sierra Pacific forests. These 250 species are made up of a wide variety of amphibians, reptiles, mammals, birds, and fish. Some of these species spend most of their lives on land, while others are closely tied to surface water during their lifespans. 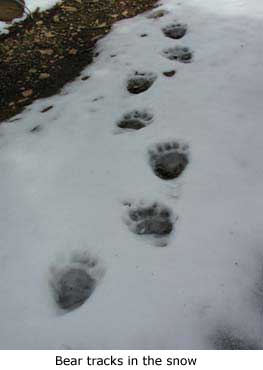 Early seral forest habitats are the grassy or brushy stages of forest development, before trees begin to dominate a site. Representative wildlife species include the mountain quail, willow flycatcher, elk, and the ringneck snake. These species find good breeding and feeding habitat within this vegetative condition.

Large tree forest habitats are the mature stands of trees that many people are familiar with. Representative wildlife species within this habitat condition include the Spotted Owl, Pacific Fisher, Silver-haired Bat, and the Clouded Salamander. These species find good quality habitat for breeding or feeding in stands with a significant component of large trees combined with other habitat elements, such as snags, logs, and oak trees.

Open forest habitats are forest stands that are open enough to allow a shrub or grass layer to exist under the forest canopy. Representative wildlife species that use this habitat condition include the western tanager, golden-mantled ground squirrel, and the Hairy Woodpecker. These species find good habitat in open stands with a variety of tree sizes, snags, logs, and a complex array of forest floor vegetation.

Wildlife species that are closely tied to water, or aquatic species, include a number of amphibians, mammals, birds, and of course, fish. Representative species include the tailed frog, the water shrew, the water ouzel, and a variety of salmon species. These species find good habitat in or near streams that have cold, clean water and a complex streambed. Streambeds composed of a variety of sediment sizes, from large rocks to silt, provide ample opportunity for these species to locate good habitat. Woody debris within and adjacent to the stream generally enhances the habitat quality as does having a complex array of streamside vegetation. 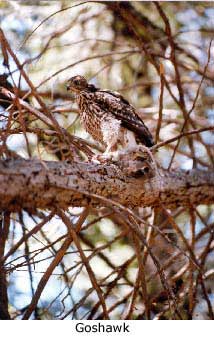 Pacific Fisher Studies: The Pacific Fisher (Martes pennanti) is a small relative of the weasel which lives in forests managed by SPI. It is also a species near the top of the food chain. Its current range is generally in far northern California, west of Interstate Highway 5. It was more common in the early 1900's in the Sierra Nevada until furs became fashionable in the clothing industry and then it was trapped.

Many studies on the fisher indicate the species thrives in undisturbed forests without logging and road access. But, SPI foresters have been noticing increasing sign of fisher activity in managed forests - where logging and roads are components of the landscape.

SPI biologists, under supervision of state wildlife agency biologists, have been trapping, attaching a light-weight radio collar, and releasing fisher in two areas of our managed forests. We then use radio receivers to determine where the fisher travel and where they have their reproductive dens.

Surprisingly to some, fishers are actively using managed forest landscapes for hunting food, finding shelter, and reproduction. This appears to validate the thought that SPI's forested habitat can be used for timber and still provide suitable wildlife habitat.

Knowing fishers are able to use managed forests, SPI, in conjunction with state and federal wildlife agencies, has identified similar managed habitat in the northern Sierra Nevada. We are cooperating with the State of California to reintroduce a small number of fisher back into historic Sierra Nevada habitat. Further information on the process, the permits, and the agreements required for the reintroduction may be found at www.fws.gov/yreka/fisher.html 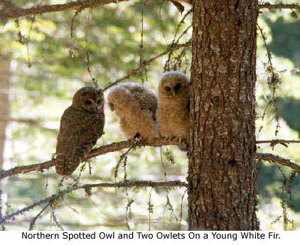